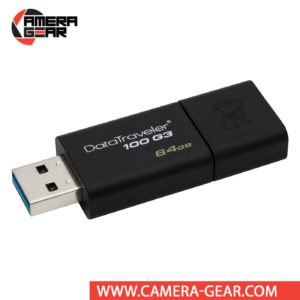 Crucial 1TB MX500 2.5″ Internal SATA SSD impresses with its combination of great performance for a SATA drive and an affordable price. MX500 is a great choice for your laptop or desktop computer if you upgrade from a traditional Hard Disk Drive.

Crucial 1TB MX500 2.5″ Internal SATA SSD is compatible with systems sporting a SATA III interface and an available 2.5″ / 7mm drive bay and delivers sequential reads of up to 560 MB/s and sequential write speeds of up to 510 MB/s to offer significantly faster boot times and faster access to your data than a traditional spinning hard drive. Crucial MX500 is inexpensive and considerably faster than any spinning hard disk, it has a three-year warranty, and it supports full-disk encryption.

Crucial MX500 is one of the best-value SATA drives available for upgrading the storage in a mainstream PC  od laptop computer. It fits in the system’s 2.5″ drive bay and comes with a 7 to 9.5mm spacer for compatibility with bigger bays. Crucial has equipped the MX500 SSD with a SATA Interface, Silicon Motion SM2258 controller, and Micron 3D TLC NAND Flash technology to deliver up to 560 MB/s sequential reads and 510 MB/s sequential writes

The MX500 is the first Crucial drive based on Micron’s 64-layer 3D TLC NAND, and is the second generation of Crucial’s mainstream MX series to use TLC NAND instead of MLC NAND. The MX500 breaks from previous MX generations by using Silicon Motion’s SM2258 controller instead of a Marvell controller, but all the usual features of the MX series are still present. This includes both TCG Opal encryption support and Crucial’s partial power loss protection, features which are uncommon on mainstream or budget consumer SSDs. As usual for Crucial, the SLC write cache is dynamically sized based on how full the drive is.

The MX500 has a lot to offer if you are looking for a SATA SSD for your next upgrade. It is a reliable and fast SSD powered by a trusted brand. It delivers the best speed for boot-ups, shutdowns, and data transfer speeds. It makes your computer system like a brand new device and you will appreciate the speed and endurance of this flawless SSD.

As a brand of Micron, one of the largest flash storage manufacturers in the world, the Crucial MX500 is backed by the same quality and engineering innovation that has produced some of the world’s most advanced memory and storage technologies for more than 35 years. Split-second speeds, lasting reliability, and a decades-long legacy – upgrading with the Crucial MX500 gives you the best combination of quality, performance, and security.

Avoid unintended data loss when the power unexpectedly goes out. This built-in feature of our new NAND protects your data swiftly and efficiently, so if your system suddenly shuts down, you keep all your saved work.

Prevent your photos, music, videos, and other files from becoming corrupted and unusable with layers of error correction and adaptive read technology

Protect your data at the component level with an SSD that automatically provides parity protection for your data. This high-end feature works similarly to how RAID is used with multiple hard drives and maintains the integrity of your data, especially for intense users.

Because SSDs don’t use moving parts that wear out over time (unlike hard drives), your files are less susceptible to a crash. SSDs are better equipped to survive physical trauma, like getting dropped, because they don’t rely on mechanical parts.

There are no reviews yet.

SanDisk 256GB Extreme UHS-I SDXC Memory Card is one of the most powerful SD UHS-I memory cards on the market. With shot speeds of up to 70MB/s and UHS speed Class 3 (U3) recording, you’re ready to capture stunning high-resolution, 4K UHD video. And, because your pace doesn’t let up after the shots are in, it delivers up to 150MB/s transfer speeds for a faster post production workflow.

Adata XPG SX8200 Pro M.2 1TB SSD is a highly competitive SSD which offers up to 3500 MB/s sequential read speed and up to 3000 MB/s sequential write speed, as well as up to 390K/380K random read/write 4K IOPS. XPG SX8200 Pro comes in an M.2 2280 form factor and uses a PCIe 3.0 x4 interface. Aesthetically, the SX8200 Pro is quite appealing. It features a black PCB and even a stick-on heat spreader that improve looks but also helps dissipate heat a bit more efficiently.

Samsung 256GB EVO Plus UHS-I microSDXC Memory Card with SD Adapter isn’t just big on storage, it is also very fast. The EVO+ 256GB has been rated for read and write speeds of up to 100/90 MB/s respectively. With 256GB at your disposal, users can now record up to 12 hours of 4K UHD video or 33 hours of Full HD video or store up to 55,200 photos without needing to change or replace the memory card.

Add to cart
Scroll To Top