Godox LED1000II panels feature a very high CRI/TLCI rating of 96/98 that indicates impressive accuracy in the rendering of colors. LED lights are designed for both indoor and outdoor use thanks to a dual power solutions. They can be powered by either the provided AC adapter or separately purchased Sony V-mount BP-L type battery 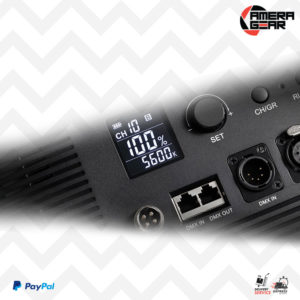 Dimming settings range from 0% all the way up to 100%, and can be adjusted on the on-board LCD via two buttons and a dial, with an included 433 MHz wireless remote that works at distances of up to 20m/65.6′, or via the DMX controller. 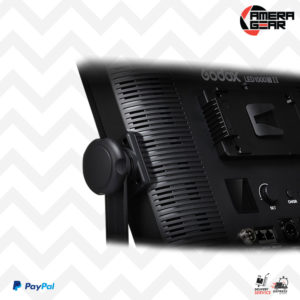 Used for support is a yoke with a standard light stand receiver and locking knob for a secure fit, and the design also incorporates a built-in filter slot for use with three included filters: a diffusion panel, and blue and yellow colors (LED1000D II model only).

Godox LED1000 II panels feature 4 reflective barndoors which are used for adjusting the shape of the light output and protecting the bulbs during transportation.

Godox LED1000 II Video Lights also feature an improved heat dissipation system which helps reduce working temperature and extends the lifetime of the LED (the higher the temperature, the shorter the LED life) 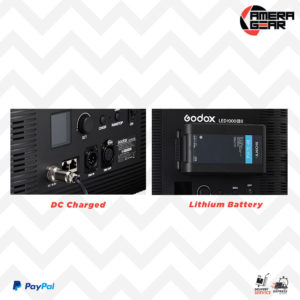