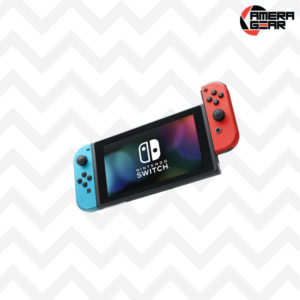 While We absolutely love our Nintendo Switch, We don’t like that it comes with only 32GB of onboard storage. You quickly run out of space and don’t have room for additional downloads, screenshots, or game data. Indeed, storage space is one of Switch’s weaknesses, and the fact that there are so many amazing games coming to Nintendo eShop makes this an issue that’s only getting worse. Fortunately, you can easily add more storage via a microSD card. the Switch does come with a micro SD card slot – hidden under its kickstand, at the back of the console – meaning you can expand your game library well beyond its 32GB internal storage.

Here are some recommendations that will guide you towards choosing the right memory card for your Nintendo Switch console:

Firstly, we need to point out that only microSD memory cards can be used on the Nintendo Switch console. Due to the slot size, SD cards and miniSD cards are not compatible with Nintendo Switch. 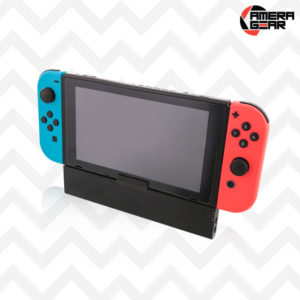 Second thing to consider is microSD card storage capacity. When you need to pick out a Micro SD card for your Nintendo Switch, you’ll want to consider what games you’ll play as well as how much onboard storage you’ll need.

The Switch supports MicroSDHC cards, as well as MicroSDXC cards. The difference between those 2 types of microSD cards is storage limit. SDHC cards are found in 32GB and lower capacity, and SDXC are typically 64GB and above.

Both the standard Switch and Switch Lite come with just 32GB of internal storage space, of which only 25GB is actually accessible by the end-user. Compare that to the 500GB or 1TB storage on the Xbox One, and it’s clear that the Switch doesn’t have the same kind of carrying capacity for games as some of the other consoles out there. That’s such a small amount of space that certain games like NBA 2K20 won’t even fit on the console. This game actually requires a minimum od 32.9GB available on memory card, plus 5GB on the system memory. It is clear that for most games additional microSD card is necessary. Fortunately, there are plenty of affordable memory upgrade options for Switch in 2020. 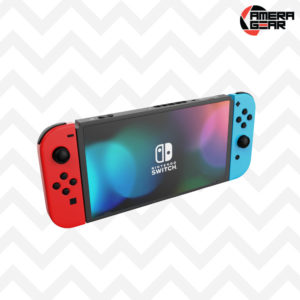 Considering that Nintendo Switch games are launching with bigger and bigger file sizes every week, anyone who prefers downloading digital games should try to aim for the biggest microSD card they can afford. Considering that microSD memory cards are fairly cheap these days, our recommendation is to go for the cards with at least 128GB storage. As long as you are OK regularly downloading your games as they rotate in your playing list, you’ll get by just fine. If you tend to buy AAA releases physically, and only purchase eShop titles occasionally, a 128GB memory card should do the trick. For those who download eShop games regularly and the occasional AAA game digitally, it’s probably best to jump up to a 200GB or 256GB card. The largest capacity microSDXC memory card Nintendo Switch supports is 2TB. It’s going to be a while until 2TB cards are available and, more importantly, affordable. Right now, you typically have the choice of 1TB, 512GB, 400GB, 256GB, 200GB, and 128GB (or lower, although we wouldn’t recommend going any smaller than 64GB, and that will fill up fast). 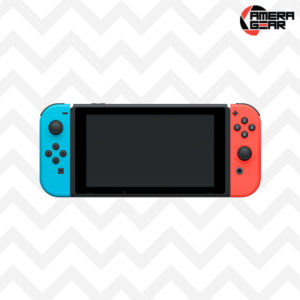 When choosing the right memory card for Nintendo Switch, you need to take read speed or speed class of a MicroSD card into account. Nintendo recommends a high-speed memory card for optimum performance, so you want to look out for a card with UHS-I support, and a minimum read speed of 60-95 MB/s (all the cards We recommend meet these requirements). The Switch uses a single UHS-I micro SD memory card slot, so you don’t need to buy a more expensive UHS-II card. The UHS-II cards are much faster but that’s irrelevant as the Switch can’t take advantage of the additional speed because of the lack of UHS-II support. The UHS-I microSD memory card is the one to get.

Although Nintendo Switch works with almost any UHS-I microSD memory card, there are some models that we always recommend to our customers.

The officially-licensed SanDisk microSDXC cards for the Nintendo Switch provide dependable, high-performance storage for your console. Sandisk is the global leader in flash memory cards so their cards are always our first recommendation.

These 64GB, 128GB and 256GB micro SD cards from SanDisk might not give you the most bang for your buck, but they sure do look pretty! With transfer rates up to 100MB/s, the SanDisk microSDXC card for Nintendo Switch delivers consistent high performance, so you can load games fast.

Ultra is the most affordable line of Sandisk’s cards and offers the best GB/$ ratio. It is available in 64GB, 128GB, 200GB, 256GB, 400GB and 512GB sizes. Sandisk ultra is a fantastic option for Switch owners who plan to download a lot of games. Its read speed is rated at 100 MB/s and features the UHS Speed Class 1 (U1) and A1 rating.

SanDisk 128GB Ultra UHS-I microSDXC Memory Card is designed to provide plenty of storage for tablets and mobile phones, faster app boots for Android smartphones, capturing fast-action photos with action cameras, and recording Full HD and 4K video with drones. It features an impressive read speed of up to 100MB/s

Samsung EVO Plus UHS-I, U3

Samsung EVO Plus is high-end microSD card. It isn’t cheap, but you’re getting a winning combination of performance and storage capacity. The EVO+ cards have been rated for read and write speeds of up to 100/90 MB/s respectively. This is the best card to get if you know you’ll be downloading most of your Switch games from the Nintendo eShop, as it will not only hold a lot of games but will load those games faster than most other cards!

Samsung 128GB EVO Plus UHS-I microSDXC Memory Card with SD Adapter isn’t just big on storage, it is also very fast. The EVO+ 128GB has been rated for read and write speeds of up to 100/90 MB/s respectively. With 128GB at your disposal, users can now record up to 6 hours of 4K UHD video or 16.5 hours of Full HD video or store up to 27,600 photos without needing to change or replace the memory card.

The SanDisk Extreme has blazing fast read speeds of up to 160MB/s and write speeds of up to 90MB/s, capable of handling 4K video, high-res photos, and large files without issue. Sandisk Extreme card is fast and affordable. Comes with an SD adapter and there are plenty of capacity options: 64GB, 128GB, 256GB, 400GB, 512GB and 1TB capacity

Lexar cards are among the best memory cards for many years, and professional 667x series is another great choice for Nintendo Switch. Its performance is rated at 100MB/s read and 90MB/s write speed and features the UHS Speed Class 3 (U3) and V30 rating. The card is available in 64GB, 128GB and 256GB sizes.

Lexar 128GB Professional 667x UHS-I microSDXC Memory Card with SD Adapter is designed to provide plenty of storage for tablets and mobile phones, capturing fast-action photos and videos with action cameras, and recording 4K UHD video with drones. This card has also been designed with the V30 Video Speed Class rating, which guarantees minimum write speeds of at least 30 MB/s. All of this allows for users to immerse themselves in extreme sports videography and photography in 4K, Full HD, and 3D.

This card is the most expensive among UHS-I microSDXC memory cards and it is not necessary for Switch, but if you plan on using your SD card with other devices, this card also comes with a jewel case for storage and a full-sized SD adapter, making it compatible with a wide range of devices from smartphones to video cameras to laptops. If you are into photography, thanks to its Class 10, UHS Speed Class 3 rating and write speeds of up to 90 MB/s, this card permits you to shoot in full HD and 4K Ultra HD video recording. Plus, this card is shockproof, temperature-proof, waterproof, and X-ray proof, so you can rest easy knowing your saved games are safe.

Not everyone’s storage needs are the same, but speed, reliability, and performance are things that matter for every Nintendo Switch. As long as you pick up a UHS-I (Ultra High Speed) card from a quality manufacturer with a capacity that reflects your purchasing habits, it’s hard to go wrong. Screenshots, game-play videos, and game data get stored on these drives, once you’ve exceeded the internal storage on this console. Make sure you’ve got the best card for your needs, and you’ll be happy with the way your Switch performs for quite a while.